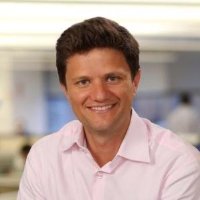 Helping traders to understand input from social media can be a key differentiating factor, according to Albert Lojko, head of content strategy, data management and delivery at Thomson Reuters.

Lojko previously worked at online trading company Tradeweb, where he was involved in building the site’s trading platform. He joined Thomson Reuters and began work on its Eikon trading platform in summer 2010.

“The challenge is there’s a huge amount of information out there,” he told Banking Technology. “But with social media the floodgates have been opened. Who is reliable? Who is being talked about? Which countries do you need to watch? We take a big data approach, and piece together the answer using analytics. This isn’t a ‘firehose’ style approach – making sense of the data, visualing it and presenting it is where we are trying to add value.”

Thomson Reuters Eikon is the firm’s market analysis software, launched in 2010. It is designed to be used together with Elektron, the company’s trading application, and is available on iPad, iPhone and BlackBerry as well as in a browser-based mode for Android. While other companies such as Bloomberg have introduced social media feeds into their data sets before, Lojko insists that it is the sifting through and interpreting of the data that will make all the difference for traders.

The sources for the social media added to Eikon are Twitter and StockTwits, a similar site dedicated specifically to traders and investors. According to Lojko, the task faced by Thomson Reuters was to find the relevant tweets for a particular user, which required building a system of ranking by which tweets could be assessed and rated based on their importance. The firm built an algorithm designed to interpret the mass of social media and filter it down. Individual users and institutions are rated on a scale of one to 100, with one being low influence and 100 being very influential.

In a demonstration seen by Banking Technology, a Twitter user called Wall Street Jesus was identified as high-influence, based on the users’ 22,000 followers and frequent tweets on stock market movements. All tweets are also assessed on whether they share positive or negative sentiment, and this information is fed into the data and analytics the Eikon user receives.

“Social media can move stocks,” said Lojko. “Users need to have it – they can’t afford not to. We help them discern what’s happening and why it’s important.”

There have been several attempts to incorporate social media into trading in recent years. One of the earliest appeared in November 2012, when French company IoSquare launched a social media sentiment index that can be used to track positive or negative tweets on a given stock or topic. It was released on the Bloomberg App Portal. In April 2013, Bloomberg added real time Twitter feeds to its Bloomberg Professional service so that market participants could use twitter updates from corporations, executives, governments, media outlets and other sources to help make investment decisions.

Meanwhile in January 2013, online trading service DCM Capital released a trading platform with a social media sentiment feed, allowing traders to incorporate information from channels such as twitter and Facebook into their trading decisions. The following month, NYSE Technologies reached a deal with specialist company Social Market Analytics to provide social media sentiment statistics via its market data feed SuperFeed and SFTI network. Then in October, UK-based fintech firm Eagle Alpha launched a new tool called Social Sonar, which it claimed could help banks and their clients gain a decisive trading advantage over their rivals based on Twitter posts.

For Lojko at Thomson Reuters, the key is to integrate the data into a tool that is well-designed, meaning it is easy to use. “We are trying to define the industry with Eikon, he said. “It needs to look good and be intuitive, which means our goal is not to have a user manual. Users shouldn’t need to use codes either. The goal is for it to be very human, so you can engage with Eikon and express ideas to it like a normal person in conversation.”

To make that happen, several other changes have been made to Eikon, placing a strong emphasis on the engine’s search feature, which has become a central focal point for all its abilities. According to Lojko, Thomson Reuters is essentially recreating the kind of search ability found on Google, but applying it specifically to financial services and making it part of an application. The company hired staff from Google and similar organisations, and then instructed them to hone their work to financial services, using industry language and priorities.

“Our users use industry-specific terms and they want certainty,” said Lojko. “Our system uses machine learning to adapt and improve based on our users. We know the data well and our text engines comb through the Big Data to find what our users are looking for.”