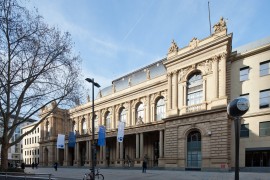 German exchange Deutsche Börse is to partner with well-known European dark pool Liquidnet, in a deal that turns the traditional animosity between exchanges and dark pools on its head.

Founded in November 2002, Liquidnet’s European business takes in trades from across the continent. Trades are anonymously matched, and execution is at the mid-point. Liquidnet built its reputation by appealing to the kind of long-term investors whose decisions to buy and sell are based on the long-term prospects of the companies they invest in, rather than split-second price differences between stocks.

Deutsche Börse’s deal with Liquidnet means that participants using the German equity exchange’s Xetra MidPoint service, which launched in 2008, will now be able to trade directly with the Liquidnet network of 700 asset management firms for the first time.

The deal reflects the deep divisions that have emerged in Europe’s trading landscape over the last decade, between long-term institutional investors on the one hand, and high-frequency traders on the other. Many traditional investors feel that they have been neglected by the big national exchanges in recent years, as those exchanges have sought to attract lucrative HFT flows by reducing latency and cutting away the more nuanced parts of their functionality.

While the result has been narrower spreads and, ostensibly at least, reduced cost of trading, average order sizes have fallen precipitously on the lit markets as many buy-side firms have realised that aggressive HFT strategies make trading in bulk a dangerous move. Widespread fears have been exacerbated by dubious practices such as quote-stuffing, in which an HFT firm tries to deliberately crash the market by overwhelming it with order messages.

Dark pools such as Liquidnet attempt to reverse the damage by uniting a community of users that want to trade in large sizes, away from the preying eyes of the HFTs. Liquidnet currently operates in Europe, the US and Asia, reaching 42 markets in total.

“This service won’t work for quick HFT – in fact, it’s for the exact opposite,” said Per Loven, head of international corporate strategy at Liquidnet. “However, we do believe we can give our members additional flow when we don’t have the institutional flow to match their orders. They can sit in the safe harbour of Liquidnet, and they don’t have to use the additional liquidity if they don’t want to.” 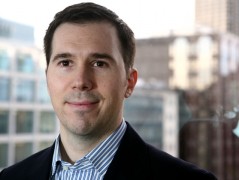 Loven: partnering with Deutsche Börse will provide additional liquidity but users will have the final say

Liquidnet already has a similar agreement with Switzerland’s SIX Swiss Exchange. While Deutsche Börse has operated its own dark pool since 2008, some observers have pointed out that the activity it contains is characterised by the small average trade sizes seen on the lit market, and suggested that its crossing is not always at the mid-point. By contrast, Liquidnet distinguishes itself from lit markets by providing block trading, high-latency, premium pricing and crossing at the mid-point – all characteristics that are the opposite of what a typical HFT wants, according to Loven.

“We believe that if you are going to trade in the dark, you should offer price improvement, and transactions in larger sizes,” he said. “We have learned things over the last two years since we launched the partnership with SIX Swiss Exchange, and we will apply that to both the Swiss Liquidnet Service and Deutsche Börse to give our customers an even better deal.”

All German shares that can be settled via a central counterparty can be traded on the new service, including the DAX, MDAX, TecDAX and SDAX indices, as well as other small and mid-cap stocks.

The agreement with Liquidnet also broadens the opportunities available at both Deutsche Börse and the Swiss exchange, giving access to shares listed in Austria, Belgium, Denmark, Finland, France, Germany, Netherlands, Portugal, Sweden and the United Kingdom as well as to domestic issues.

“We have long championed borderless equity trading by opening up investment opportunities for our members in markets where they can create value and improve their investment performance,” added Mark Pumfrey, head of EMEA at Liquidnet. “When combined with an average execution size of €1.1 million on our platform, the Xetra MidPoint liquidity will significantly enhance institutional block trading in German stocks. We believe this cooperation will make trading of these stocks more efficient, drive performance, and lead to an increase in foreign institutional investment.”