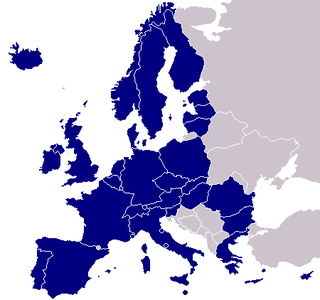 A new start-up bank from Finland plans to open across Europe, using an online-only service that it says will redefine what it means to have a bank account.

Holvi plans to provide debit cards as well as online banking services; it will also combine elements of personal financial management with social media tools. On Holvi, users create a profile. They are able to create different profiles for different purposes, such as running a business or organising a wedding, and can use Holvi to set targets and manage their budget. Users can also create a shared account and start group discussions.

The idea is to create a more community-led approach. Users will also be able to buy and sell services directly from each other, such as learning to speak a new language or sports training, through a kind of iTunes-style store.

Holvi is backed by Nordic banking group Nordea, which will provide the transaction banking infrastructure the company needs to complete its planned pan-European rollout by the end of the year. The company has said it will not attempt to build the entire banking infrastructure itself. Instead, it is keen to partner with other firms so that it can focus on building the customer interface. Nordea is also providing Holvi with the APIs that it needs to connect the front-end that the customer sees, with Nordea’s underlying core banking systems.

“We’ve re-thought every aspect of what an account is,” said co-founder Kristoffer Lawson. “Traditionally banks offer everything in house – investments, cards, everything. But that model doesn’t recognise the changes the internet has brought. Much more nimble companies like Wonga and Nutmeg are eating away at the core bank business. Our plan is to be part of that wave, and to partner with the transaction banks to provide a far superior user experience to the siloed systems of the past.”

Other online banks have existed for a long time. Smile, the UK’s first full internet bank, has existed since 1999, while all major conventional banks offer online banking. But Holvi currently has just nine employees, and is proud that its founding members do not come from a traditional banking background. Instead, their origins are in technology.

“Innovation often comes from people who have a different background,” said Lawson. “Apple went into mobile phones. They had no experience. The iPhone looked nothing like another phone. Nokia laughed at it. But it improved the user experience, and Nokia is not laughing anymore. Coming from a different background frees a company to think about things in a different way, without being tied to the old model.”