Feb. 14, 2013 Pressure is mounting for U.S. debit networks to find a suitable technology for routing chip-based debit transactions under the Durbin Amendment network non-exclusivity rules, but a unified plan is not yet within sight, industry executives say after a new round of meetings this week to digest last week’s developments. MasterCard Inc. and […]

Feb. 14, 2013 A new “plug-and-play” mobile money platform from Visa Inc. is aimed at enabling financial institutions and mobile network operators in developing nations around the world to offer mobile financial services. The program—built on technology Visa acquired via its 2011 purchase of mobile financial services provider Fundamo—enables the payment network to host and […] 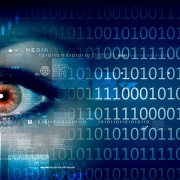 A 400% increase in malware for mobile devices masks a security scene where many of the threats are much as they have been for several years – but where the volume of attacks means that firms should think in terms of when they will be attacked rather than if they will be. 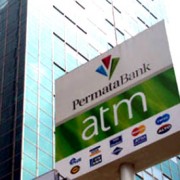 Indonesia-based  PermataBank has developed the first mobile payments service for the BlackBerry Messenger service.  The bank has teamed up with UK mobile banking solutions provider Monitise to roll out a commercial pilot of BBM Money in the country ahead of a full launch. BlackBerry users will have the option to access a Mobile Money account from their […]

Feb. 12, 2013 Shoppers are getting some help navigating Tokyo’s Ginza district from nearly 300 NFC-based location tags the city’s government has placed throughout the upscale retail hub. The system works with an Android app, available for download from the Google Play store, which enables users to search for and select a destination within Ginza, […]

Feb. 12, 2013 In the opening sessions of InComm’s annual Partner Alliance yesterday, CEO Brooks Smith and futurist Mike Walsh offered glimpses of their visions of the future. With a corporate acquisition strategy based on delivering new technologies to retailers, Smith focused his comments on a future filled with more choices—for retailers and their customers. […]

Feb. 12, 2013 Money transfer provider MoneyGram has launched a mobile version of its online transfer service, which enables users to send cash via smartphones using a mobile-optimized version of moneygram.com. The service is part of Dallas-based MoneyGram’s efforts to tap into what the company claims is a $50 billion cross-border remittance industry—much of which […]

Feb. 11, 2013 Italian software provider TAS Group and Payair South Europe S.A., a Swedish mobile commerce company, have agreed to launch a mobile commerce platform that incorporates Payair’s commerce platform and a customization solution supplied by TAS. The platform will support large-scale retailers that require advanced automation of their purchase and payment processes, according […] 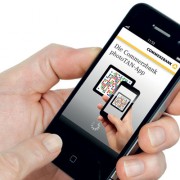 Feb. 7, 2013 Consumers are responding positively to merchant offers in the Isis Mobile Wallet test, according to early data since the pilot launched in late October in Salt Lake City and Austin, Texas, according to Jim Stapleton, Isis chief sales officer. “What we are seeing is once they leave the store, about two-thirds [of consumers […]

Feb. 7, 2013 The Utah Transit Authority (UTA), which has been at the forefront of U.S. transit system mobile payment development since introducing an open-loop, contactless payment system for city buses and trains in Salt Lake City beginning in 2009, this fall plans to add a contactless, closed-loop prepaid card to its consumer payment options. […]

Feb. 7, 2013 Do GPR cards pose significant money laundering threats? That’s the question the Retail Payments Risk Forum at the Federal Reserve Bank of Atlanta explores in recently published paper. Among the paper’s findings is that, as GPR prepaid cards have grown in popularity and come under increased scrutiny by regulators, significant regulatory measures […] 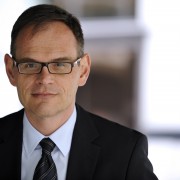 February 2013   By Kate Fitzgerald, Emerging Payments Editor The retailer-led mobile payment venture Merchant Customer Exchange (MCX) has disclosed little about the shape of its developing payment platform since it formed six months ago, but the few details emerging so far are fueling fresh waves of industry buzz. At a panel during the National […]

Feb. 5, 2013 U.K.-based mobile payments provider mPowa has inked a white-label deal with Portugal Telecom Group that will enable the carrier to offer small businesses a card reader-based mobile payments service. Financial terms of the deal were not disclosed, but TechCrunch reports it was a multimillion-dollar pact with a seven-year term. The partnership opens […] 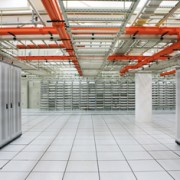 Mobile to dominate rise in retail bank IT spending

Further evidence that bank IT spending is growing again comes from industry analysts at Ovum, which is predicting overall growth of 3.4% among retail banks, reaching $118.6 billion in 2013, as they focus on “customer satisfaction and revenue growth”. 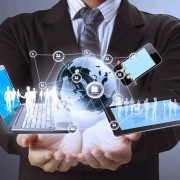 Report: State of the enterprise tablet market – the new age of mobile computing

The enterprise is experiencing massive changes as the major technology trends of cloud computing and tablets are intersecting to upset the balance of legacy computing environments.

Jan. 31, 2013 The Consumer Financial Protection Bureau (CFPB) today announced it has begun an inquiry into “the impact of financial products marketed to students through colleges and universities” to determine whether these products are “in the best interest” of students. Such products include student ID cards that double as debit cards and cards used […] A study shows that 62% of City traders “admit to missing key investment or sell opportunities because they didn’t keep track of time zone differences”. Seven innovative start-up companies have been chosen to take part in a major new London-based project that aims to bolster advanced technologies in financial services. The seven firms will participate in a twelve-week programme in which they will gain support from the major banks and gather interest from venture capitalists and investors.

Jan. 30, 2013 Merchants across the U.S. are holding off on introducing a surcharge for Visa and MasterCard credit card transactions despite getting the green light to do so this week under the terms of a proposed settlement in the merchants’ antitrust case reached last November. The settlement, subject to final approval in a hearing […]

Jan. 30, 2013 SALT Technology Inc., a San Francisco-based provider of a cloud-based mobile payments platform, has raised $2 million in financing from private investors with backgrounds in the mobile, financial and payments technology sectors. The company, which also has offices in London and Toronto, said it will use the new funding to accelerate the development […]

Jan. 29, 2013 Mobile wallets are far from fully developed, but a handful are gaining an early edge on competitors based on ease of use and payment options, according to new analysis from Carlisle & Gallagher Consulting Group. The firm’s “Mobile Wallet Market Analysis” set out to analyze “apps for smartphones or tablets enabling consumers […]

Jan. 29, 2013 In a move POS terminal maker Ingenico said is part of its bid to become a “one-stop-shop” for multichannel payment solutions, the Paris-based company has entered a deal to acquire payment processor Ogone Partners for EUR360 million (US$485 million). Ingenico will incorporate Ogone’s 42,000-merchant online payments platform into its existing POS and […]

Jan. 29, 2013 Adding to a growing array of mobile payments options for merchants, FreedomPay is entering the fray with “Vibe,” a mobile wallet initially targeting restaurant operators interested in creating targeted consumer promotions on the fly, based on specials, weather and in-store traffic conditions. The Radnor, Pa.-based payment processor says its cloud-based mobile wallet […] UK banks are still in “a difficult place” as they face economic uncertainty, increased cost and competitive pressures, complex regulations and rapid technological changes – but the changes that are happening in the payments industry offer scope for them to reclaim the initiative and deploy innovative solutions.

Jan. 28, 2013 Paybefore today announced winners for the 2013 Paybefore Awards—the most prestigious recognition of excellence in the worldwide prepaid and emerging payments industry. And for the first time in the seven-year history of the awards, Paybefore is allowing visitors to Paybefore.com (subscribers and nonsubscribers) to cast their votes for Best in Category through Feb. […]

The organization that stood out from the crowd in 2012 to make a positive, game-changing difference in the prepaid/emerging payments environment in a geographic region or globally. May be a new or established organization. Company Name: American Express American Express is a global financial services company, providing customers with access to products, insights and experiences […]

Best use of a consumer-funded reloadable network branded prepaid card* for general use, such as ATM access and purchasing. Includes travel, remittance and youth-focused (including campus and student) programs; excludes payroll programs. Program Name: PayPal Prepaid MasterCardCompany Names: PayPal, MasterCard The PayPal Prepaid MasterCard is the only prepaid card that can link automatically to PayPal’s digital […] CGI in mobile alliance with Monitise

Jan. 22, 2013 Google Inc. is adding digital muscle to coupons with Zavers by Google, a paperless couponing system introduced earlier this month that enables consumers to capture coupons online and redeem them automatically through store loyalty cards, tracking their deals through a computer browser or any mobile phone. The system is designed to give […]

Jan. 22, 2013 Munich-based Telefónica Deutschland in mid-February plans to enable P2P funds transfers between its mobile phone service subscribers along with a new NFC pilot that will launch at the same time in Germany. The effort grew out of the mpass mobile wallet service, announced last year as a joint venture between Telefónica Germany, […]

Jan. 22, 2013 Cash transaction network PayNearMe is taking its payment services small-time in a move the company thinks will pay off in a big way. The Sunnyvale, Calif.-based firm, founded in 2009 and led by CEO Danny Shader, has launched PayNearMe Express, a self-service version of its existing cash payment system, aimed at enabling […]

Jan. 21, 2013 As the U.S. and Western European markets for mobile card readers grow ever-more crowded, Citigroup is aiming to take a leadership position in mobile merchant acceptance in India. The bank this week announced what it describes as India’s first nationally distributed dongle, enabling merchants to accept credit and debit cards with a […]

Jan. 21, 2013 The Federal Reserve’s Retail Payments Office (RPO) last week announced it will be conducting its triennial study to determine the current volume and composition of electronic and check payments in the United States, with new attention on fraud metrics. “While the Federal Reserve’s 2013 Payments Study will continue to build upon trend […] Faced with flatlining IT budgets, global CIOs must better exploit the business potential of technology to achieve results – currently they realise only 43% of that potential says Gartner. Top of the priority list is what the research firm calls ‘digital technologies’. In this it includes mobile, analytics, Big Data, social media networking and cloud, […]