The Clearing House (TCH) has appointed David Watson as its new CEO, succeeding Jim Aramanda, who will be retiring in early 2023. 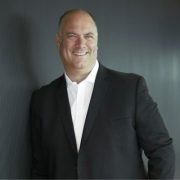 Aramanda served as president and CEO of TCH for 15 years, and will be succeeded by Watson, who joins TCH from Swift, where he most recently served as chief product officer.

Watson will take up his new role from 1 February 2023, and will be tasked with driving adoption of real-time payments capabilities, with a focus on the safety, security, reliability and efficiency of bank-owned payment systems.

Bringing over 20 years of experience to the new role, Watson most recently served as chief product officer and chief strategy officer at Swift for nearly four years, where he was responsible for Swift’s product development, strategic planning, thought leadership, and execution of strategic initiatives.

Prior to that, he worked at Deutsche Bank for nearly 17 years, where he served in various capacities including head of cash management and global head of product development.