Payments software firm ACI Worldwide is reportedly considering a sale and is in talks with private equity firms, according to a Bloomberg report. 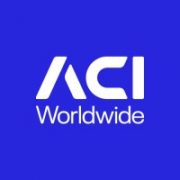 The Florida, US-based firm is working with financial advisors as it gauges interest levels, sources tell Bloomberg. The news follows two years after Barrons reported that ACI Worldwide had roped in Goldman Sachs to explore a sale.

One of the sources familiar with the matter says there is “no certainty ACI will reach a deal given the rocky state of the leveraged financing markets”.

ACI’s shares rose by 14%, its biggest jump since March 2020, after falling by 35% in the past year, giving it a valuation just short of $3 billion.

In November, it appointed an interim CEO after parting ways with former CEO Odilon Almeida.