Why innovative banking has never been more important

Economic indicators in the UK and across the world point toward a period of hardship for most businesses, consumers and investors. 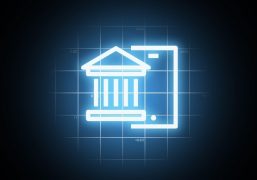 The government has indicated that the UK is likely already in recession, while The Bank of England predicted that recession could last two years, making it the longest since records began in the 1920s. This came as the central bank raised interest rates by 75 basis points in an effort to rein in inflation figures.

While much of this can be attributed to the war in Ukraine, fallout from the pandemic and the extended impact of periods of lockdowns, significant blame has also been laid at the feet of government policy. The mini-budget and subsequent walking back of plans to cut taxes in this atmosphere has also had a marked effect on the confidence of both markets and consumers. The long-term environment of cheap money which has existed since the 2008 financial crisis has now come to an end, precipitating unprecedented disruption in financial markets.

All of this makes for bleak reading, but like previous recessions this too shall pass, and if the 2008 crisis is anything to go by, it will likely lead to a period of innovation in finance and banking, as well as in consumer habits.

Evidence suggests consumers are struggling with rising bills and mortgage payments. Research from the Money Advice Trust shows that almost 11 million adults have fallen behind on at least one of their household bills. This has led to a correspondingly large number of people relying on credit to pay their bills, with around 15 million people using credit cards for essentials, according to the same report.

This trend is also seen in the rise of buy now, pay later (BNPL), the fastest growing online payment method in the UK, with over 17 million consumers in the UK having used BNPL services according to research from Finder.

A dual effect of higher demand for credit and restricted supply creates an obvious area for innovative banking to step in to provide a solution. Whether that be providing innovative ways to access credit to help consumers through the month without being forced into a vicious circle of high interest payments, or tools to help families budget effectively.

One area that the UK already excels in is open banking, which has revolutionised access to financial data and allows third-party providers secure access to the financial records of consumers. This has already led to significant innovation, but estimates put current take up of open banking services at just 6% – so there is massive potential for future growth.

Innovation is key to facing almost any challenge in business, and in this case, innovation could help consumers make ends meet during what promises to be an incredibly challenging period. For businesses that wish to meet this challenge head on and help customers navigate this period, it represents an incredible opportunity for innovation.