The great convergence ‒ the encroachment of DeFi into CeFi

As is often the case with the advent of innovative technologies, the manifestation of the technology doesn’t always meet the inventor’s expectations. 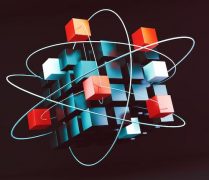 Is true DeFi realistic? Only time will tell

For example, Tim Berners-Lee seemingly now wants people to forget about Web3 and blockchain as the currently hyped up versions do not fulfil his Web3 project’s goal of bringing the internet back to its original promise.

The same seems to be happening with decentralised finance (DeFi). Decentralised concepts are not new, but gained prominence after the financial crisis in 2008 and especially after the release of the Ethereum protocol in 2015. DeFi is now widely accepted as the next great evolution in finance.

The pioneers in decentralised finance might wonder if the adoption of DeFi concepts by institutional investors, central banks, regulators and centralised utilities is a salvation or an awakening for market participants.

To many, the integration of DeFi concepts into the centrally regulated traditional finance (TradFi) ecosystem must sound like an oxymoron. This is quite the opposite of the inventors’ idea, who had the vision to create an alternative and decentralised financial system without the flawed top-down governance and control by central banks and policy makers.

Nonetheless, there are many opportunities for DeFi to create a positive impact for all stakeholders by helping to develop token-based economies and innovate centralised finance (CeFi).

The institutionalisation of DeFi

In recent years, DeFi has become a complex ecosystem spread across infrastructure services, protocols, various sectors, regulatory technology, novel contracts, and asset types supporting different delivery and service models. While the markets in cryptocurrencies, NFTs, and the metaverse became largely depressed over most of this year, the institutional proponents in TradFi continued to announce and roll out new services in the crypto and digital assets space.

The institutionalisation of DeFi is driven by major international financial institutions and asset managers but also boutique-sized firms supported by regulators and industry associations.

The increasing momentum can be demonstrated by numerous studies, experiments, and pilot projects being implemented by central banks together with banks under the umbrella of the BIS Innovation Hub, the European Central Bank (ECB), and other initiatives.

The following examples impressively illustrate the encroachment of decentralised approaches into CeFi:

– Project Mariana: The SNB together with the BIS Innovation Hub, the Banque de France, and the Monetary Authority of Singapore (MAS) are using DeFi protocols to explore automated market makers (AMM) for the cross-border exchange and settlement of hypothetical Swiss Franc, Euro, and Singapore Dollar wholesale CBDCs.

– Project Orchid: The MAS is exploring the potential uses of a purpose-bound digital Singapore dollar (SGD) and the supporting infrastructure required. This is not a CBDC but privately issued “purpose-bound money” (PBM), i.e., programmable money by smart contracts on a distributed ledger (DLT), e.g., government payouts and vouchers.

– Project Guardian: A collaborative initiative under the lead of the MAS together with market participants is testing the feasibility of applications in asset tokenisation and DeFi while managing risks to financial stability and integrity.

– Project Icebreaker: The central banks of Israel, Norway, and Sweden are teaming up with the BIS to explore a retail CBDC for international payments.

– Project Cedar: The New York Fed has completed an experiment (phase 1) which focuses on the potential for CBDCs to become viable options for large foreign currency transactions. The experiment brought clearing and settlement down from the current average of two days to under 15 seconds.

– Commercial Bank Money Token (CBMT): DZ Bank supported by three other large German banks is propagating a CBMT which should have the same properties as classic book money and be subject to deposit insurance as a sight deposit and at the same time, for example, enable programmable transactions between companies and machines.

– The UK’s Abrdn, an asset management firm that manages over £500 million, has recently invested in the London-based regulated digital platform Archax.

Despite the experimental status, these projects show that blockchain-based (cross-border) payments, issuance, and settlement of digital assets on a distributed ledger can be faster, simultaneous, and safer with lower risks. A distributed ledger system design enables payments of digital currencies and the settlement of digital assets on a 24/7/365 basis. Interoperability across separate, homogeneous ledger networks of a variety of financial and public institutions, including central and private banks, shows the potential for an integrated digital economy.

Now let’s have a look at the potential of digitalising private market assets.

In 2021, the asset management industry surpassed the $100 trillion assets under management (AuM) mark according to BCG. Some observers believe this represents a huge opportunity for digital assets.

An interesting investment area is the growing volume of private market assets which are by nature a long-term and rather illiquid asset class. These so-called alternative assets are mostly issued and administered by a myriad of paperwork and manual processes which take time and effort with many stakeholders involved.

The capital inflows to these markets offer evidence that, despite the unrelenting uncertainty, investors are ready and willing to deploy capital into risky assets when they can develop a reasonable belief that they may receive a relatively positive return. Until recently, the investors were institutional, high-net worth individuals and family offices. The next big wave of investors is likely to come from the affluent retail segment, who have largely remained on the sidelines as private markets have expanded. The democratisation of alternative investments came closer to materialising last year, after the US Department of Labour issued a letter in support of private equity investments in defined contribution plans, where individuals can pick their own funds.

The crypto industry paved the way by issuing and making native crypto and non-fungible tokens tradeable on centralised and decentralised exchanges. But after the hype in 2021 and the collapse of large market players, we are in dire times in which trading volumes are down for some exchanges by more than 90%. Interestingly, this hasn’t stopped the rather slow but steady progress of tokenising financial assets. Digital assets show a large and growing potential in terms of already existing and newly issued assets compared to crypto assets which are mostly of speculative nature.

The asset management industry is beginning to understand the benefits of digitalisation and is offering digital funds to investors. The underlying funds remain the same but are made available in a digital wrapper. These new digital funds enable greater transparency, stronger risk management, and compliance controls as well as enabling some funds to be sold to new investors. Whilst being quoted on a variety of new digital exchanges, digital funds also offer a huge market for existing stock exchanges.

Now that the B2C-fintech boom has fizzled, wealthtechs in the professional space with a focus on professional investors are taking off. The increasing popularity and demand for private markets assets support this trend for digital platforms. As pointed out by the Mercer 2022 Global Wealth Management Investment Survey:

“The tokenisation of private assets can prove its benefits and lead to a higher adoption rate without the regulatory uncertainty of native crypto assets and cryptocurrencies.”

Alternative investing platforms that open access to non-traditional assets like private equity, real estate, art, and crypto for retail investors and their advisors will have a transformative impact on both retail and institutional investing. Platforms such as Titanbay and Petiole Asset Management as well as wealthtech and fintech firms such as GenTwo, Vestr, Stableton, and Swisspeers show the growing demand for digital issuing, structuring, and distribution platforms which can be easily integrated into the current advisory processes and distribution channels.

Is DeFi meeting CeFi an oxymoron?

Is adopting DeFi concepts in CeFi systems with central governance going in the right direction? Regardless of the answer, applying DeFi protocols to CeFi can help to innovate it. Scaling new technologies and approaches on the basis of the gigantic volume of existing assets will help (re)create a solid and resilient financial market infrastructure.

Olaf Ransome recently wrote on LinkedIn: “As we build tomorrow’s financial market infrastructure, we need to be vigilant. Not everything new that is shiny is better than TradFi. Design still matters; we need both the new and the old. There will be an era of convergence.”

The reality is that we will continue to live in a heterogeneous world with even more coexisting systems in the future. Is true DeFi realistic? Only time will tell.