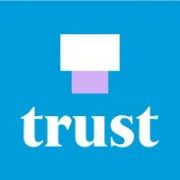 Thought Machine says the “flexibility” of its core banking tech “supports this rapid scaling and will enable Trust to build further products and features quickly while leveraging real-time data and analytics”.

Trust is backed by Standard Chartered Bank (Singapore) and BetaPlus, a holding company owned by NTUC Enterprise and FairPrice Group. Together, they have invested around $285 million in the new challenger.

Trust Bank’s chief information officer (CIO) Rajay Rai says Vault Core will act as “the foundational platform for us to build and grow the first of Singapore’s new wave of digital banks”.

Standard Chartered is also an investor. Thought Machine’s Vault Core is also running at the bank’s subsidiary in Hong Kong, Mox, which went live on Vault (plus a host of other systems and applications) in September 2020. Since then, Mox has overhauled its senior leadership team.

The banking tech vendor secured $160 million in a Series D funding round in May.