Core banking software vendor Thought Machine has closed a Series D funding round worth $160 million, valuing the company at $2.7 billion. 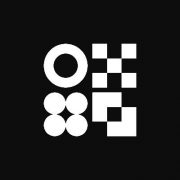 Alongside its investment, Lloyds Banking Group also extended its licence agreement with Thought Machine until 2029, which it initiated in 2018 as part of a technology modernisation programme.

Thought Machine’s new valuation has doubled since its Series C in November last year, when it raised $200 million.

Cash from the Series D will be spent supporting the UK-based firm’s ongoing global expansion.

The firm intends to “build on the success of its strong performance” in New York, Singapore and Australia, through further expansion in Asia Pacific to markets such as Vietnam, Thailand, Indonesia and Philippines.

The company will also use proceeds from the funding to continue investing in its technology, expanding the capabilities of its core banking platform and developing new products.

Thought Machine CEO Paul Taylor says this latest round of funding underscores the company’s intention to “become the leader in core banking technology”.

“We will use this new capital to accelerate our expansion plans, serve more clients around the world, and continuously refine the capabilities of our core banking platform and other products,” Taylor adds.