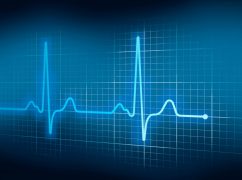 The tell-tale sound of an EKG machine at work is a fitting depiction of the fintech environment today. At a time of concern and confusion, it’s the consistent beep of the machine that reminds you of a heartbeat.

Fintech is alive, but there’s no denying it took a hit this year.

Venture capital got ahead of itself last year, and the euphoria which capped a 14-year cycle of headline-grabbing valuations and splashy returns reached its crescendo at the end of 2021.

Like the inevitability of the crest of a wave breaking, the insatiable funding environment was always going to come crashing down at some point or another – history told us as much. And so here we are, eagerly awaiting the tide to go back out, to afford us the opportunity to survey the damage, to pick up the pieces and to plan better for the next time.

Many companies that did not raise capital during the salad days of 2021 may very well be on life support in the new year if they’re unable to secure funding. When the water does finally recede, you will find many VCs with incredibly over-valued portfolios suffering the same fate. The turbulence is far from over and there will still be major casualties in 2023.

But here’s the thing: the numbers are falling from an all-time high. If you remove the anomaly of the second half of 2020 and all of 2021, this current quarter – the worst funding environment through which most founders have ever lived – is still on par, if not better, than any quarter in VC history.

In my most recent letter to our LPs, I reflected on something I told our founders at our CEO Summit in 2021 – that things are neither as good as they seem, nor as bad as they appear. I advised our entrepreneurs not to get too giddy.

That holds true as much today as it did back then. But that image of an EKG keeps replaying in my mind. There’s a steady line, a sudden spike, a sharp decrease, and a return to normalcy. There’s a repetition in the spikes and dips – a cadence that brings consistency. Reliability. Comfort in its predictable monotony.

There’s no need to panic when you know a correction will come. Stay the course. Trust the process. Focus on the fundamentals.

2023 will be choppy and we may not know for sure what a company is truly worth until 2024, but I am convinced of the roaring tailwinds in fintech that will accompany a return to the somewhat normalcy of 2018. The climb back won’t happen as quickly as the drop-off occurred, but it will happen.

I was an operator through the recession of the early 1990s, and me and my partners at QED, Frank Rotman and Bill Cilluffo, all led businesses through the economic downturns of the dot-com bubble in 2001 with Capital One, the financial crisis and the Great Recession from 2007-09 and the Covid-19 recession of early 2020. Combined, that’s more than seven-and-a-half years of hands-on experience operating companies and business units through the last four major economic crises.

One of the things we did at Capital One right from the beginning when we were underwriting new customers was to assume that we would be in a recession within 18 months from the point of origination. That was built on the argument that recessions happen every 7-10 years, when the people who remember the last one are no longer in charge.

Only in lending do people think that everything is always up and to the right. They think a recession will never happen on their watch. They think they’ve made their business robust enough and they think the bankers will always be there for the asset-backed market, and they’re not.

When banks see the “R word”, they panic. They shut down on everything from OpEx to hiring to marketing – they only focus on weathering the recession. Many banks will use this as a fig leaf to put off digitisation. It’s their cloud cover for failing to innovate. They might feel schadenfreude about what happened to fintechs in 2022, but they’re still not going to embrace digital during this period, which they should. Today is a window for them.

Banks are in capital conservation mode. They’re not growing and they have to watch out for losing their best talent as they batten down the hatches.

What they often forget is that post-recessionary environments provide ample fertile soil for newcomers when valuations are down and the tourists have left the building.

As banks pull out of marketing during a recession, a newcomer’s propensity to get positive selection goes up dramatically. The more competition there is, the harder it is to lower your cost to acquire each account. When you look at the returns of cohorts of origination following a recession, the best years are often the year or two after the recession. The magic, of course, is figuring out when the recession is ending.

The jiu-jitsu of this is that banks will start to lean in and start originating more once they are confident that the recession is not too deep, but I know from experience that big banks take forever to come out of hibernation. They’re quick to shutter and slow to come out.

When they do emerge, they’ll be farther behind, because the inextricable long-term outlook for fintech remains so vibrant.

Financial health is the heartbeat of our communities and of our economy. When you look at the EKG, you’ll see the fintech heartbeat is strong. Consistent. Enduring.