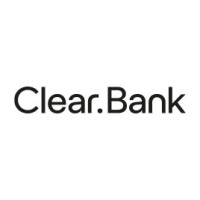 The firm says it has generated £45.4 million in revenue since the beginning of this year and “from October has reached monthly profitability in the UK”.

The results mean ClearBank has nearly tripled its year-to-date revenue compared to the same period last year. FY2021 was the second consecutive year that ClearBank’s revenue grew by more than 100%.

The firm says these results are down to increased transaction volumes, new customer sales, interest income and the ramp up of its FX and multicurrency proposition, which the company launched last September with JP Morgan.

As well as the permanent shift to digital payments buoyed by the pandemic, which has seen transaction volumes increase, ClearBank has also benefited from the demand for cloud-based, API-fluent banking infrastructure in the UK.

ClearBank says its single API, cloud-native embedded banking platform allows financial institutions and fintechs to offer regulated financial products and services rapidly to their customers without the cost and complexity of building it themselves.

“In the last few years, we have seen the market shift from agency banking services to BaaS and now embedded banking driven by the demand from institutions and increasingly brands to integrate sophisticated and regulated financial services into their customer offerings,” says Charles McManus, CEO at ClearBank.

In March, the firm secured £175 million in a funding round led by Apax Digital, and in September it hired Andrew Barker as its new chief revenue officer (CRO).