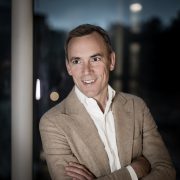 Christoffer Malmer, the current head of SEBx, has been appointed to lead the new unit. Nicolas Moch, who currently serves as chief information officer (CIO) at SEB, will replace Malmer as head of SEBx, effective January 2023.

Svante Hedin, who is currently deputy head within FICC Markets, has been appointed as the company’s new CIO.

SEBx was launched by the SEB Group in 2018 with the aim of exploring new technologies “from scratch” and building new products and offerings in a bid to join the growing BaaS industry.

“Within the framework of SEBx, we have developed a completely new and complete banking platform where our customers can build their own financial services embedded in their own brand,” says Malmer.

Malmer adds that SEB Embedded has been set up to fulfil the bank’s ambitions of becoming a leading provider in the BaaS market by 2030.