Egyptian fintech Telda, which offers a payments and money movement app targeted at millennials and Gen Z, has raised $20 million in seed funding. 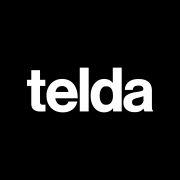 The round was led by Global Founders Capital with participation from Sequoia Capital and Block.

The firm was founded in April 2021 by CEO Ahmed Sabbah and CTO Youssef Sholqamy and secured a $5 million pre-seed round a month later.

The company says the new funding “takes us one step closer to fulfilling our mission to evolve how millions of people interact with their finances in the MENAP region”.

Telda’s app allows users to send and receive money in seconds for free and make digital card payments. It also includes money management features to help users stay on top of their finances.

The firm’s partnership with Mastercard also enables it to issue prepaid cards to its customers and facilitate transactions through Mastercard’s payment processing services. It has also partnered with Cairo’s Banque Du Caire and is regulated by the Central Bank of Egypt.

Only one day to go! If you’re looking for answers on how to create an #intelligence strategy that will raise the… twitter.com/i/web/status/1…