US banking and payments technology giant FIS has announced that its current president Stephanie Ferris will take on the joint role of president and CEO at the firm from 1 January 2023. 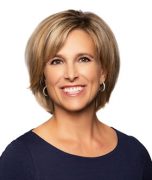 Ferris was appointed as president in February this year and will now also take over as CEO from Gary Norcross, who has served in the role for eight years. Norcross will take on the role of executive chairman of the board.

As president at FIS, she has led the execution of the company’s global business strategy, including M&A activities. The firm acquired embedded finance start-up Payrix earlier this year.

Speaking on her appointment, Ferris, who has also been appointed to the FIS board of directors, says she appreciates Norcross’ “partnership and mentorship” and adds the firm is “uniquely positioned” to continue its growth.