Credit Suisse is set to cut around 9,000 jobs and “radically restructure” its investment banking business as part of a new strategy and transformation plan as it looks to “deliver a new, more integrated business model, with the goal of creating value for shareholders”. 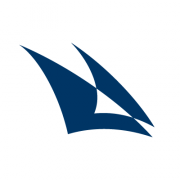 The reorganisation follows a comprehensive strategic review announced earlier this year alongside the appointment of Ulrich Körner as group chief executive officer (CEO) following the resignation of Thomas Gottstein.

The firm also announced it is seeking to raise around $4 billion in capital through the issuance of new shares to qualified investors. It says Saudi National Bank has already committed to invest up to $1.5 billion as it looks to take a 9.9% stake in the company.

As part of the transformation, Credit Suisse says it “intends to take decisive steps to restructure the Investment Bank and focus on areas more closely connected to its core businesses where it has a competitive advantage”.

These steps include reviving and spinning out the CS First Boston brand to manage capital markets and advisory activities and transferring a significant portion of its Securitised Products Group (SPG) to an investor group led by Apollo Global Management as it looks to reduce its risk-weighted assets by 40% by 2025.

Axel Lehmann, chairman of the board of directors of Credit Suisse, says the firm has “left no stone unturned” in assessing its future direction, and believes the transformation plan is the “blueprint for success”.

CEO Ulrich Körner says the restructuring is a “historic moment for Credit Suisse”.

Among other announcements, it was also revealed that Nita Patel has been appointed as the firm’s new chief compliance officer and will join the executive board effective 1 November 2022. Patel replaces Rafael Lopez Lorenzo, who Credit Suisse says has stepped down for family reasons.