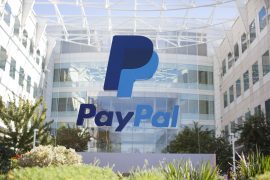 Kim will take over the role from current CPO Mark Britto, who will remain with PayPal for a transition period before retiring at the end of this year.

As PayPal’s EVP and CPO, Kim will be tasked with leading the consumer and merchant product and engineering teams.

Bringing over two decades of experience to his new role, Kim joins PayPal from Expedia Group, where he served for over ten years, most recently as president of Expedia Marketplace. In that role, he oversaw strategy, product, technology and operations for all of Expedia Group’s lines of business.

His experience spans working across start-ups, medium-sized companies and global firms including Yahoo!, Overture, Accenture, Bank of America, and Pelago.

PayPal has made a number of key leadership hires this year, including CFO Blake Jorgensen in August and chief information officer Archana Deskus in March.