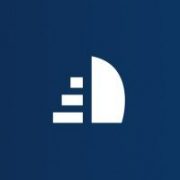 Since 2019, Paris-based Regate has helped small and medium-sized enterprises (SMEs) automate their accounting management and monitor financial activity through one platform.

Regate claims it helps finance departments and accountants save time by automating recurring tasks, gathering financial data on a single platform and improving collaboration between teams.

With the new cash influx, Regate says it plans on accelerating its product investments, position itself as a partner dematerialisation platform (PDP) of the State to “support our customers in the reform of the electronic invoice” and expand operations in Spain and Germany.

The French start-up claims to have more than 10,000 clients and has also built integrations with Sage, SAP, NetSuite and others.

It last raised $7 million (€7 million) in a seed funding round, in which 360 Capital also participated.