New York-based AccessFintech, which enables data and workflow collaboration across the financial industry, has raised $60 million in a Series C funding round led by WestCap. 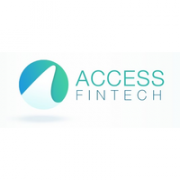 Other investors in the round include BNY Mellon and Bank of America, along with existing investors Dawn Capital, JP Morgan, Goldman Sachs and Citi Group.

Kevin Marcus, partner at WestCap, and Caroline Butler, global head of custody at BNY Mellon, will also join the firm’s board of directors.

AccessFintech says the new money will be used to fuel its growth and planned expansion into new markets. The company last raised $20 million in a Series B round in 2020 and the latest investment brings its total capital secured to date to $97 million.

The cloud-based Synergy network currently has over 100 participants, including global banks, broker-dealers, custodians and asset managers.