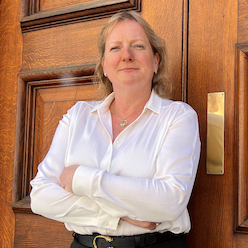 Murphy brings more than 25 years’ worth of banking and capital markets experience to the role, having held senior leadership positions at financial institutions including Morgan Stanley and Goldman Sachs.

At Morgan Stanley, Murphy was director of private banking, while at Goldman Sachs she was executive director of the multinational’s wealth management division.

Murphy will lead the challenger as it looks to develop its digital capabilities and create new products and services, as well as spearheading future fundraising efforts.

Speaking on her appointment, Murphy says her role is to set out the next stage of the bank’s growth journey.

“British businesses face significant challenges over the coming years, but there is also huge potential for success,” she says.

Murphy takes up the role after Jason Oakley, Recognise Bank’s co-founder, stepped down in March 2022, after which fellow co-founder Bryce Glover took over as interim CEO.