The UK’s Financial Conduct Authority (FCA) has appointed six new directors, both internally and externally, filling a mix of new and existing roles. 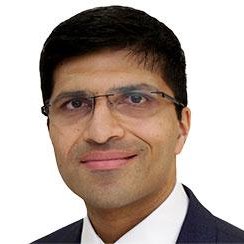 The appointments sit alongside the nearly 500 new staff hired this year as the body expands its remit and embarks on an “ambitious” strategy of preventing serious harm, setting higher standards and promoting competition, set out in April.

FCA chief executive Nikhil Rathi says: “As our remit grows and to deliver on our ambitious strategy, we’re continuing to develop and bring in the skills and talent we need. The latest additions to our leadership team will each bring deep expertise and broad experience to the FCA.”

Roma Pearson has been appointed as the FCA’s director of consumer finance, responsible for policy development in the consumer lending sector. Pearson, who was most recently a head of department in the risk and compliance oversight division, will take up the new position this month.

Camille Blackburn will join the FCA in October in the newly created role of director of wholesale buy-side. In her new role, Blackburn will be responsible for policy development and the effective supervision of asset management, alternative investments, custody banks and investment research.

Matthew Long has been appointed as director of payments and digital assets, a new role overseeing the e-money, payment and crypto-asset markets and leading related policy development. Long, moving to the FCA in October, will join from the National Crime Agency, where he is currently a director within the agency’s national economic crime command.

Simon Walls, who was appointed interim director in May, will continue in the role of director of wholesale on a permanent basis, with a focus on the wholesale sell-side.

The FCA recently proposed updated guidance which will require banks and building societies to thoroughly assess the impact of changes to their services as it looks to protect access to banking services and curb the ever-increasing number of branch closures in the country.

In April, a review conducted by the FCA over 2021 found that some challenger banks in the country need to improve how they assess financial crime risk.