Australia’s EML Payments has appointed Emma Shand as its new managing director and CEO following the resignation of Tom Cregan. 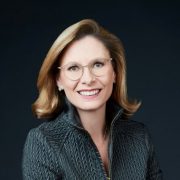 Shand has been an EML board of directors member since September 2021 and she will assume her new role with immediate effect.

She has 25 years’ worth of global experience in technology, capital markets and financial services and has worked across 30 countries, having previously spent more than 16 years in various senior leadership roles at US stock exchange NASDAQ.

Martin also thanked the departing Cregan, who he says “has been an integral part of the EML growth story for over a decade”.

In light of EML Payments’ significant European business, Shand will spend a substantial amount of time in Europe, the company says.