Our weekly fintech round-up for you to get the latest funding news from around Europe. Featuring Quartr, ID-Pal, Oper and Fuell.

Quartr, an app that gives people access to critical company information and earnings calls, has raised a $2.6 million extended seed round, taking its total seed round to $7.1 million. 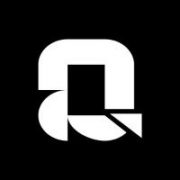 Employing a team of 42 people, Quartr says it will use the funding to scale its development team and additional products, including a B2C app and a B2B desktop solution.

Founded in Stockholm in 2020, Quartr provides company information – such as earnings calls, investor presentations, PDFs of the transcripts and earnings reports – from the likes of Apple, Meta, Spotify and Moderna, as well as all other publicly listed companies on its app.

It claims its app has been downloaded more than 300,000 times in over 160 countries in its first year.

ID-Pal, a global identity verification provider, has landed a €7 million Series A funding round to further fuel its expansion into international markets.

The round was led by Inspire Investments and Act Venture Capital who have also participated in ID-Pal’s last two rounds.

This new funding will allow the Dublin-based firm to further scale its global sales and marketing efforts to meet the growing demand for the solution following its official UK launch earlier this year.

Founded in 2016, ID-Pal enables businesses to verify identities and addresses in real time. 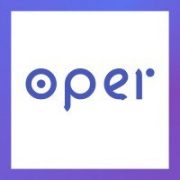 Existing shareholders from its €2.5 million seed round, including Techstars, Pitchdrive and Verve Ventures, also participated in this round.

Oper offers a white-label SaaS solution for banks and financial institutions in the mortgage lending space. The platform uses “compliant smart data” to help customers comply with the European regulatory framework, as well as remain on top of any industry changes.

Founded in 2018, it claims to have closed a total of around €1 billion in mortgage loans, and in the last year has seen its monthly recurring revenue grow “eightfold”.

Wouter Lachat, co-founder and CPO of Oper Credits, says: “Further to increased investment in R&D and recruitment, it is international growth that we’re focusing on.

“For us, France and Germany are the priority markets, as well as Austrian, Czech and Slovakian opportunities too. Our forecasts are strong, the market remains relatively untapped and our product is ready to provide a solution to financial institutions large and small that want to improve their lending offer.”

Oper currently employs a total of 45 people from 12 different nationalities living in 16 different cities across Europe, with offices in Antwerp, Zurich and Minsk.

Fuell, a Spanish start-up that has developed a corporate card and expense management SaaS solution, has closed a €1.5 million funding round led by Y Combinator and Fin Capital.

US business angels Michael Levinthal and Andy Cohen also participated in the round.

The firm says the capital raised will be put towards consolidating its position in the Spanish and Portuguese markets and launching in Italy.

Its software also converts receipts into invoices to support companies recovering VAT in “more than 500,000 restaurants, parking lots and cabs”.

The start-up’s clients range from fellow start-ups to publicly traded companies in various sectors such as tech, hospitality, audio-visual, construction and commerce.