Neobank Kroo lands £26m in Series B funding round

Newly authorised mobile-only UK bank Kroo has secured £26 million in a Series B funding round in which it claims over 60% of existing investors took part. 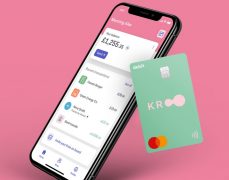 Kroo says it will use the new funding to further its growth and development with a focus on recruitment, expansion and contributing to social causes.

Headquartered in London, Kroo is a challenger bank offering customers a current account with overdraft facilities along with socially conscious initiatives that help in “creating change in communities, tackling environmental issues and simplifying banking”.

The firm launched a tree-planting initiative in 2021 and has pledged to donate part of its profits to social causes.

Kroo has so far raised over £56 million in funding since launch, spread over five investment rounds.

The neobank says it will begin serving customers with a mobile-only current account with features to be expanded based on customer feedback.

To date, Kroo claims to have grown “organically” to 23,000 prepaid cardholders, with over 120,000 monthly transactions on the platform.

Andrea De Gottardo, CEO of Kroo, says: “The money raised will go a long way in supporting the launch to market of our current account, the development of our lending proposition and the scaling up of the company.”