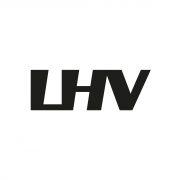 The company says part of the proceeds from the fundraise will be used to capitalise its new UK bank – calling it a “key step” in the process of obtaining its banking licence.

By obtaining a UK banking licence, LHV Group plans to separate the business operations of its retail bank, LHV Bank, from those of LHV UK, which will be fintech focused and headquartered in London.

The company says the move will “simplify” compliance with regulatory and supervisory requirements and enable LHV UK to highlight profitability of its operations to new investors.