Lithuanian fintech start-up kevin. has secured $65 million in a Series A funding round led by Accel. 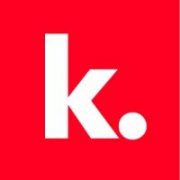 Kevin. raises $65m in Series A round

Also participating were Eurazeo and existing investors including OTB Ventures, Speedinvest, OpenOcean and Global Paytech Ventures, along with a number of angel investors.

The company says that the funding will be used to double the size of its team and develop new products.

Founded in 2018 and based in Vilnius, kevin. provides an advanced account-to-account (A2A) payment infrastructure to replace costly card transactions.

Kevin. claims to provide “seamless” web and mobile payments to 6,000 merchants across 12 markets.

Kevin. claims that its in-store payments solution does not require any technical changes on the merchant’s side, as it uses existing POS terminal infrastructure and widely used NFC payment technology.

The Series A funding comes six months after the company secured a $10 million seed round and brings its total capital raised to $77 million.

Since the seed round, the start-up says its team has grown to over 170 employees working from 30 countries.