Oracle FS has signed two new clients for its flagship Flexcube core banking system in Uzbekistan. These are Ziraat Bank and a start-up challenger bank. 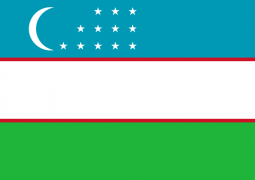 Ziraat Bank, which has been in the local market for more than 25 years providing retail and commercial banking services, has signed for a broad suite of Oracle products, including core, branch, payments treasury management, trade finance, and analytics. Ziraat Bank is a subsidiary of Turkish banking group Ziraat and was known as Uzbek-Turkish Bank until its rebrand in 2017.

The other recent deal is with a new bank in Uzbekistan, which will provide conventional and Islamic banking services once it launches. The bank will also implement a host of Oracle’s solutions in addition to the Flexcube core, including risk management, financial crime and compliance, and digital banking.

There are now four Flexcube takers in Uzbekistan – an impressive result considering Oracle FS had no business there just 18 months ago – following earlier deals with Universalbank and InfinBank.

Oracle FS is also working on a trio of front-end digital banking projects there, with Kapitalbank, National Bank of Uzbekistan, and Trustbank.