BNPL giant Klarna to cut 10% of workforce amid “tumultuous year” 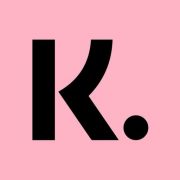 Klarna to cut 10% of workforce

Klarna CEO Sebastian Siemiatkowski outlined in a statement to employees how the fintech unicorn was staying “laser-focused” on weathering the various storms unfolding in 2022.

Siemiatkowski cites the war in Ukraine, inflation, a volatile stock market, shifts in consumer sentiment and a likely recession, “all of which have marked the beginning of a very tumultuous year”.

“When we set our business plans for 2022 in the autumn of last year, it was a very different world than the one we are in today,” Siemiatkowski adds.

Expecting these economic and global events to persist, Siemiatkowski says senior leadership within Klarna evaluated the company’s organisational setup and “made some really tough decisions”.

According to LinkedIn, the Swedish company has nearly 7,000 employees, which suggests around 700 people face being laid off.

“I want to thank each and every one of you for your hard work and above all your contribution to Klarna and our mission,” Siemiatkowski signs off, adding that every affected employee will be contacted in the coming days.

Despite the difficult year ahead, Siemiatkowski says he remains “relentlessly optimistic” about Klarna’s future.

Klarna spent 2021 riding a wave of growth as the BNPL market exploded, making a string of acquisitions to shore up its position and diversify its business.

In July, Klarna bought out German card aggregate fintech Stocard and in August, the firm bought Stockholm-based APPRL, a platform that links creators and retailers.

However, despite these moves, the BNPL behemoth saw its borrowing costs climb to their highest level on record, Bloomberg reports, as rising rates are expected to shave $16 billion off the company’s valuation in an upcoming funding round.