Nigeria-based Moove, which describes itself as “the world’s first mobility fintech”, has raised $105 million in an oversubscribed Series A2 round consisting of equity and debt.

The round was led by existing investors Speedinvest, Left Lane Capital, and thelatest.ventures, with participation from new investors including AfricInvest, MUFG Innovation Partners, Latitude, and Kreos Capital. 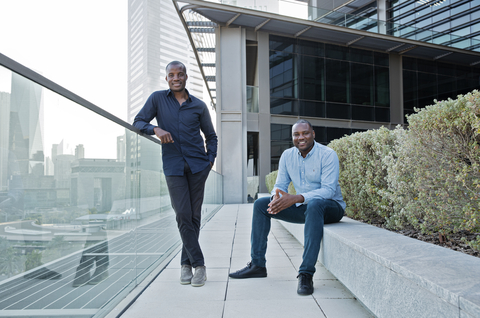 This round brings the total raised by Moove to $174.5 million.

Launched in 2020 by Ladi Delano and Jide Odunsi, Moove says it is “democratising vehicle ownership across Africa” by providing mobility entrepreneurs access to revenue-based financing in markets with low access to credit.

Poor credit penetration across Africa has restricted the ability of over one billion Africans to buy new vehicles, the start-up says.

Fewer than 5% of all vehicles in Africa are purchased with financing compared to 92% in Europe, and ownership is less than 44 cars per 1,000 people compared to 640 per 1,000 in Europe.

In Asia and MENA, with a combined population of more than five billion people, vehicle ownership stands at just 136 per 1,000 and 261 per 1,000, respectively.

The new money will be used to expand Moove to seven new markets across Asia and MENA over the next six months.

It will also expand its partnerships and vehicle classes to include cars, trucks, bikes, three-wheelers, and buses.

Moove says its model has proven transformative in other ways, too. For example, at least 60% of the vehicles it finances are electric or hybrid.

The fintech also has a commitment to ensuring that at least 50% of its customers are women.

“The Moove model that we’ve pioneered in Africa providing revenue-based vehicle financing to mobility entrepreneurs can be applied anywhere in the world,” states co-founder and co-CEO Odunsi.

“As we scale, we remain committed to empowering women, leading the electrification of the mobility space and driving financial inclusion. These ideals are at the core of what we do as we continue to build a sustainable and impact-driven global business.”