The Bank of Canada and the Massachusetts Institute of Technology (MIT) have announced an agreement to collaborate on a twelve-month research project focusing on central bank digital currency (CBDC). 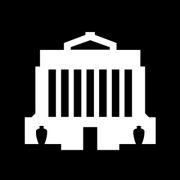 Bank of Canada collaborates with MIT for CBDC research

The central bank will work with the MIT Media Lab’s Digital Currency Initiative (DCI) team to explore how advanced technologies could affect the potential design of a CBDC, building on the DCI’s ongoing research.

The project is intended to inform the Bank of Canada’s research effort into CBDCs and forms part of the bank’s wider research and development agenda on digital currencies and fintech. It will focus on exploring and experimenting with potential technology approaches to determine how a CBDC could work.

The bank emphasises that no decision has been made on whether to introduce a CBDC in Canada and says it will provide an update on the findings and outcomes at the end of the project period.

The announcement comes at a time when ever more central banks are evaluating, piloting or launching CBDCs. The Bank of England, for instance, is out to consultation this year, and the European Central Bank recently appointed Evelien Witlox from ING to head its digital euro project.