A lot has been said about buy now, pay later (BNPL) in the last few years, especially since its explosion globally in 2021, which was the year of reckoning of sorts for the industry. 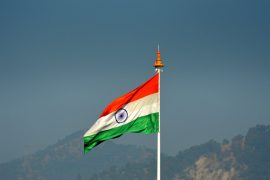 While the term “BNPL” may seem like the new kid on the block, as a concept it is not something new.

It is as old as consumer credit as a concept. Our grandparents may have known it as layaway credit, our parents probably knew it as an installment plan and their following generation may have had a more formal tool in the form of credit cards. BNPL is a credit tool in a new skin that lets customers flexibly split bills at little or no cost at their convenience. Think of it as a newer and cooler sibling of the precursors, if you will, but with a fintech twist.

In essence, it is a metamorphosed version of one of the earliest and simplest forms of credit. It dates back to the 1850s when American consumer sewing machine manufacturer Singer Corporation had experimented with the layaway payment (believed to have taken a cue from a similar concept introduced by piano makers in New York City). It was a stupendous success, as it later turned out to be, turning the company’s fortunes.

In India too, the concept is not new. The world may have woken up to the potential of BNPL a couple of years ago, but India has known it for decades, albeit in various forms. Like the ‘Khata’ system at Kirana (grocery) stores with revolving credit. It was an informal pay-later solution, which was an integral part of almost every middle-class and lower-middle-class Indian family. The concept underwent several changes – regulatory and otherwise – from Khata at Kirana stores to chit funds to offline checkout/POS loans/Equated Monthly Installments (EMIs) to bureau-regulated credit cards.

So, is BNPL just the old-school installment payment method with a fancy name? Yes and no. Yes, because you still get to pay in installments, and no because it is more transparent, low-cost and doesn’t discriminate based on credit history. While the age-old methods existed for long and continue to do so, none of the older siblings of BNPL, except EMI, disrupted the status quo. Not substantially, at least.

EMI, as the name indicates, enables consumers to equally divide their repayments to clear off the outstanding loan on a monthly basis at an interest rate. EMI changed the way retail lending is done by taking it to the doorsteps of the Indian customers, resulting in a massive surge in the demand for consumer durables, besides automobiles, realty and others. And pioneers like Bajaj Finserv, which started 14 years ago, today have a market cap of $58 billion. They expanded the market and played a huge role in driving popularity and awareness of EMIs in addressing the offline demand. While what Bajaj has done remains remarkable, ‘digital-first’ fintechs have the advantage of going beyond the traditional offerings and enabling access on smartphones.

BNPL exists for a gamut of reasons. Globally, pay-later solutions are largely driven by the consumers’ need for convenient and flexible short-term credit, particularly among millennials and Gen Z who detest hidden or opaque credit card terms and costs. In India, though, it is a different story.

Unlike in other global markets, BNPL in India is as much an ‘access to credit’ product as it is a ‘convenience’ product. Of course, the other benefits of flexibility and convenience are also there, but essentially low credit penetration is one of the major reasons BNPL has found solid ground. Industry estimates show that there are less than 25 million unique credit card users out of the 68.9 million cards issued (at the end of December 2021), indicating how restricted the credit availability is in India. Developed markets like the US, UK, and Australia have high credit card penetration of anywhere between 58 to 66 percent. In India, it is just about 3 percent.

While the reasons for BNPL’s growth in India may be different from the reasons for its explosion in global markets, it has all the same benefits, if not more, as in Western markets but with far less competition from classic credit cards.

What is a successful BNPL model?

BNPL makes for an attractive proposition to customers because of the low cost of credit as compared to credit cards. This is achieved because merchants and brands/manufacturers typically subsidise the cost of offering credit via the ‘take rate’ they pay to BNPL players.

And why are merchants happy to do that? Because they see high value in the payment mechanism in terms of increasing average order value, increasing customers, increasing conversion at checkout, and increasing repeat transactions. This is why we see some of the most valuable global BNPL players earn a large proportion of their revenue from merchants.

Why Indian BNPL is different from its global peers

The success of the India stack and digitally savvy Indians paved the way for wider and deeper adoption of digital financial services. Rapidly increasing smartphone usage further fuelled the penetration. The pandemic only accelerated it. For perspective: the Unified Payments Interface (UPI), which made digital transactions easy, was already a household name, but it grew to a scale nobody imagined during the pandemic to become the single largest retail payment system in the country in terms of volume of transactions.

Its annual transaction volume is estimated to touch $1 trillion by the end of FY22. Thanks to this robust infrastructure, India has garnered the status of the ‘world’s largest real-time payments market’. UPI is a clear illustration of how innovative products, when made available on robust and agile infrastructure, create value-added consumer-centric services.

India has about 600 million smartphone users and the number is projected to go up to 800-850 million in the next five years. Internet users are also expected to surge to 900 million by the end of 2026. This provides a massive opportunity for scaling BNPL.

There is also a massive demand for credit in tier-2 cities, tier-three cities, and beyond. Most of the consumers in these markets are mostly ‘new to credit’ (NTC) or those with smaller credit scores and often look for small-ticket credit for specific needs. But with many not being eligible for a credit card, they have few sources to turn to for safe, transparent, hassle-free, and low-cost credit.

While BNPL offerings such as Pay-in-4 have gained popularity in global markets, India, as an especially heterogeneous market, has the appetite for more customised and tailor-made products. Given the under-penetration of credit, the use cases are more varied – all the way from online education to medicine delivery to food delivery. This prompts the need for BNPL products of different flavours with different tenures and interest rates.

India has always been ahead of the curve when it comes to regulation. Its central bank, the Reserve Bank of India (RBI), has closely regulated the lending business and financial products. The apex bank has also defined BNPL (and its predecessor, consumer durable loans) as a lending product in no ambiguous terms, unlike in other developed markets where the regulators have recently started streamlining the industry. The central bank recognised the significance of digitisation of traditional lending and payment products and has been enthusiastic in creating an environment that is conducive for scaling them.

While India has one of the most stable regulatory regimes in the world, genuine BNPL players have always been in compliance with the regulatory framework exercising due diligence in doing complete KYC of customers and reporting consumer credit information to the bureaus, thus leaving no room for systematic risk. The recent regulatory initiatives suggested by the authorities will further spur the growth of the BNPL industry in the country.

Collaboration is the key

Incumbents (banks) vs fintechs may be a trending conversation, but collaboration is the only way forward to drive financial inclusion in markets like India. Partnerships between “tech” and “fin” enable both parties to leverage the core capabilities of each other and harness cross-industry innovation.

While banks have legacy infrastructure and rigid underwriting models, they have a large consumer base and credibility. Fintechs, on the other hand, have cutting-edge technology, AI and ML-powered risk underwriting models, and the agility to offer end-to-end (onboarding to disbursal to repayment and collections) and tailor-made digital financial products. Therefore, partnerships will be a natural fit and prove essential by removing the numerous friction points that prevent a customer from making lightning-fast purchases.

BNPL will be an Indian category

India is primed to be the largest BNPL market in the world with a massive addressable population. According to market estimates, the BNPL user base in India is expected to reach 100 million by FY26. Another report suggests the BNPL industry will see a quantum leap to $45 – $50 billion in gross merchandise value (GMV) by FY26 by growing 15x. Digital merchant payments are expected to shoot up by over eight times and cross $1 trillion by FY26 from the current $285 billion. Digital lending, too, is projected to touch $100 billion in the next four-five years from the existing $20 billion, research estimates indicate.

The meteoric rise of e-commerce and digital payments, ably aided by the thriving fintech ecosystem, has created a massive opportunity for scaling financial products. This is the reason that even investors from across the globe are betting on the Indian fintech space. The funding boom Indian fintech start-ups witnessed last year speaks volumes of the potential. In the first nine months of FY22, the fintech sector received investments worth $4.6 billion, nearly three times the total investments received in 2020 of $1.6 billion, according to the RBI.

Reports by independent investment trackers show that around $9 billion was raised by fintech start-ups in 2021. Digital lending tech and payments companies were the most funded segments. While this is expected to continue well into 2022, India’s overall fintech market opportunity is estimated to be $1.3 trillion by 2025.

The massive opportunity ahead and rising demand for access to credit indicates that India will emerge as the largest BNPL market in the world in the next five years.

Lizzie Chapman is the CEO and co-founder of Indian BNPL firm ZestMoney.

She is also president of the Digital Lenders Association of India (DLAI) and a member of the innovation council at the National Payments Corporation of India (NPCI).