Round and round: how circular economy fintechs are aiming to save the planet 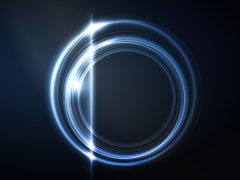 This linear progression charting the billions of goods we consume every day, week, month or year is unsustainable.

While the UK has seen the amount of waste heading to landfill decline in recent years thanks largely to the increase in recycling efforts, this little island nation still buries millions of tonnes of waste every year.

A number of companies and fintechs have sprung up in recent years looking to combat the use-once-then-discard paradigm.

One such fintech is Twig, an e-money start-up that allows users to upload images of unwanted items to its app and receive a valuation and an immediate offer to sell their items straight away.

Based in London, Twig provides a free account where customers can send and receive payments online as well as a Twig Visa debit card that can be used online or in-store.

Twig says it is built on “circular economy” principles, in which used and unwanted items are reused to their full extent, helping to take the strain off the environment.

In essence, a circular economy is an economic system of closed loops in which raw materials, components and products lose as little value as possible, which aims to gradually decouple growth from the consumption of finite resources.

Twig CEO and founder Geri Cupi thinks the circular economy is now at a tipping point in terms of mainstream acceptance.

“The potential of the circular economy is just beginning to show its capacity,” Cupi says.

This is partly down to changing consumer behaviours and attitudes.

The consumer landscape has evolved in recent years, with people more aware and savvier when it comes to sustainability and the impact of their actions on the environment.

But greenwashing – the practice in which green marketing is deceptively used to persuade the public that an organisation’s products, aims and policies are environmentally friendly – is still a problem.

Thankfully, Cupi says people are much more aware of the repercussions of environmental deterioration and are increasingly seeing through greenwashing initiatives and demanding more from companies.

“They rightfully have an urgency to ask the right questions and demand the right responses from all impacting stakeholders,” says Cupi.

“I would caution organisations that resort to greenwashing to not embrace short-termism and undermine their audience.”

Such strategies are doomed: they fail to both resonate and are ultimately ineffective in terms of environmental conservation.

Winner organisations in the space are the ones that have an open, transparent and measurable approach and are not afraid to challenge their own practices periodically, thoroughly and without bias.

“Bold dialogue is what we need on a collective level,” Cupi adds. 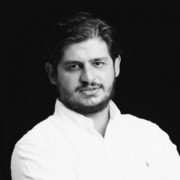 A company’s internal processes and codes of conduct will naturally influence its attitudes toward the environment and sustainability.

But external structures, such as partnerships and advocacy groups that have expertise in the field, will be able to monitor and certify these practices.

This scaffolding is what is most likely to telegraph to consumers that a company, whether a fintech or retailer, is walking the walk, not just talking the talk when it comes to green credentials.

An example would be Twig’s pending B Corp status. B Corps are companies verified to meet high standards of social and environmental performance, transparency and accountability.

Cupi says the multi-phased process that Twig is having to complete to achieve its B Corp status ensures it is continuously striving for the best sustainability standards.

“Another one would be our partnership with the Ellen MacArthur Foundation,” Cupi says, the circular economy advocacy group.

“While we can understand that complexities around change and management overall are more difficult in established and larger organisations, we simply believe supporting circularity and embracing sustainability is no longer a choice,” Cupi says.

To this end, Twig aims to lead by example with efforts such as green payment possibilities, diverting goods from landfill and recycling unused goods.

The future is green

When it comes to sustainability, the UK’s fintech scene is certainly looking strong.

The UK is one of the leading forces in terms of spearheading sustainability goals, creating both awareness and public discourse as well as being proactive in policy consideration and moving towards sustainability.

The EU has also stepped up on numerous areas on this front, with France in particular recently banning single-use plastics in supermarkets and also bringing legislation against clothing waste.

Twig has also examined different fintech areas where it can bring innovation through products that hybridise benefits to the consumer, to the fintech itself and the planet.

The company says it has “many products in the pipeline”, including an array of new payments products including a Web 3.0 payment infrastructure and carbon offsetting and impact products.

Twig claims to be the fastest-growing fintech in Europe, and Cupi says it has surpassed the growth of neobanks including Monzo, Revolut and Monese.

“As we are experiencing hypergrowth that is currently unprecedented, our mindset is expansive and focused on delivering the best service to our customers.”

On the back of that, Cupi is optimistic about the future, expecting the green fintech scene in five or ten years’ time to be “very different” to what it is now.

“With time, knowledge and experience, we believe that every fintech – even if they are not currently sustainable – will be primarily focused on their impact and have several ways in which they are working towards a healthier environment.”