Banco Santander, the Spanish arm of Santander Group, has pledged to become carbon neutral by 2020 and cover all its internal electricity usage “where possible” with renewable energy sources by 2025.

The bank says it has already cut its emissions by 27% since 2011, and last year the entire banking group managed to buy 43% of its electricity from renewable sources.

To achieve this the Spanish bank will have to ensure all its buildings worldwide, which house 200,000 employees in total, obtain the ISO 14001 certification – that is, the international standard for an effective environmental management system (EMS). 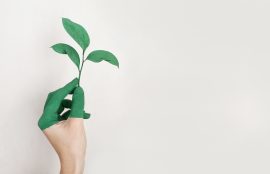 Expecting to cut total emissions by a further 46% from 2019 to 2025, Banco Santander is also committing to raise and mobilise €120 billion in green finance by 2025, and €220 billion by 2030. This follows the launch of its first green bond in October, which will help finance or refinance sustainable energy projects as part of its “global sustainable debt issuance plan”.

Read more: Mastercard and Doconomy bring carbon tracking to Bank of the West and Nordea

The new pledges join the likes of Italian banking group Intesa Sanpaolo’s. The fellow major bank began committing to green initiatives in its strategic plan last year, focusing on the move to a circular economy where business models are designed to remove waste and reduce the use of raw materials.

“Santander is one of the leading providers of renewable energy finance in the world and we are committed to playing our part in tackling climate change,” says Banco Santander’s group executive chairman Ana Botín.

“The commitment we have announced today is an important step. We can address the challenge of climate change only by working together and by increasing our ambition and pace.”