A new fintech named Twig has launched in the UK with the aim to allow customers to turn their unwanted possessions into instant cash. 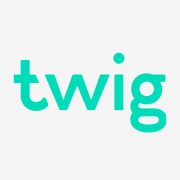 The start-up allows customers to offset their carbon footprint

The e-money fintech allows users to upload images of unwanted items to its app. Users will then receive a valuation and an immediate offer to sell their items straight away.

Twig, based in London, also provides a free account where customers can send and receive payments online as well as a Twig Visa debit card that can be used online or in-store.

The start-up points out that it is not a bank. A Twig account is an e-money account provided by PayrNet — Railsbank’s parent company — authorised by the Financial Conduct Authority.

The firm says PayrNet holds an amount equivalent to the money in Twig accounts in a safeguarded account which gives customers protection against PayrNet insolvency.

Users can withdraw a maximum of £250 from their Twig card and can track and manage their cash flow using the Twig app.

Twig says it is built on “circular economy” principles, in which used and unwanted items are reused to their full extent, helping to take the strain off the environment.

In that vein, Twig offers a carbon offsetting subscription service, which aims to allow customers to reduce their environmental impact.

The firm also offsets all the carbon emitted as a business and has acquired a pending B Corp status.

Twig is currently only available to UK residents but says it has plans to expand internationally in the future.