UK-based core banking software provider Thought Machine has been selected by Italy’s largest bank Intesa Sanpaolo as it looks to develop a “state-of-the-art”, cloud-native digital bank as part of its future-facing digitisation plans. 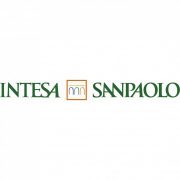 Created in partnership with Thought Machine, the new digital bank will handle multiple currencies and serve multiple countries, with plans to go live over the next two years.

After 2024, the tech infrastructure developed with Thought Machine will be rolled out to serve other Intesa Sanpaolo individual client segments beyond mass market retail clients, such as the bank’s affluent segment.

The plans for a new digital bank to serve customers outside of branches will reduce costs and cater to the approximately four million Intesa Sanpaolo customers already utilising digital-first services.

These customers alone bring in approximately €200 million in revenue, the bank claims.

The strategic partnership with Thought Machine will also see the bank develop a single digital core banking front-end system for the international market, in line with the new domestic digital bank offering.

Thought Machine has been on something of a roll recently. In the past month alone, it has signed deals with three banks across the world.

Earlier this month, Thought Machine signed its second community bank in the US – Mascoma Bank.