US banking tech heavyweight Fiserv is adding to its extensive portfolio of solutions with the acquisition of core banking software start-up Finxact. 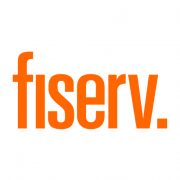 Finxact was set up in 2016 to bring a modern, cloud-based alternative to the US market, at the time dominated by ageing core systems that mostly resided in the hands of just a few large suppliers as a result of vendor consolidation.

US paytech firm First Data, which as of 2019 resides with Fiserv, was an early investor in Finxact. Fiserv will now acquire the remaining ownership interest for approximately $650 million. The two parties have signed a definitive agreement to this extent.

Finxact’s founder is Frank Sanchez, the developer of core system Profile, which today resides with FIS (another banking tech heavyweight in the US and Fiserv’s rival).

The company’s first customer – and also an investor – was Live Oak Bank, based in North Carolina. Live Oak’s chairman and CEO, Chip Mahan, and Sanchez have known each other for many years, and out of their discussions came a plan for the latter to build a next-generation core system.

An initial $12 million was raised to support the venture and the bank was lined up as the first taker.

In 2019, Finxact raised $30 million from existing and new investors.

Among its clients are FirstBank, First Horizon Bank (for its VirtualBank subsidiary brand), digital banking app One, and Woodforest National Bank (also an investor).

“Joining with Fiserv is a tremendous opportunity for Finxact,” Sanchez says.

“We will be better positioned to serve a far greater number of institutions, of all sizes, when combined with the breadth and depth of Fiserv capabilities.”