The case for a ‘digital pound’ is weak, says a parliamentary committee convened to look at the introduction of a retail central bank digital currency (CBDC) in the UK. 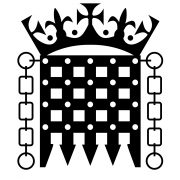 The House of Lords’ Economic Affairs Committee prepared the report

The Economic Affairs Committee, made up of lords and baronesses, cited concerns over financial stability, surveillance and data protection, determining that a UK CBDC is a “solution in search of a problem”.

Committee chair Lord Forsyth of Drumlean says a UK CBDC would have “far-reaching consequences” and any potential benefits were overstated or achievable through less risky alternatives.

But, the report says, “the long lead times involved in scoping and developing a CBDC mean the CBDC Joint Taskforce (launched in April 20200 should continue to assess the rationale and technology in preparation for such a measure being needed in future”.

The House of Lords committee report outlines how a CBDC could enable the Bank of England to pursue more “unconventional” forms of monetary policy more easily, which could provide the Bank an outsized influence on the wider economy and society as a whole.

Similarly, the committee drew attention to the risks of surveillance that the implementation of a CBDC would almost certainly entail.

To prevent wide-scale crime and fraud a CBDC, unlike cash, could not be spent anonymously. The committee believes that this level of surveillance would be unacceptable to much of the public and would risk drawing the Bank of England into a wider controversial debate on privacy.

Additionally, during periods of economic instability, people may withdraw funds from legacy financial services companies and deposit money into CBDC wallets. Without limits, this ‘run on the banks’ could exacerbate whatever financial crisis is developing at the time, the committee says.

These wallets themselves could also be targeted by hackers, as well as the centralised CBDC ledger, which would be a critical piece of national infrastructure. With the development of quantum computing, which promises to smash encryption, the committee says any CBDC would have to be on the cutting-edge of security.

The committee does concede that there may be some benefits for a ‘wholesale’ CBDC for use between financial institutions.

For example, a CBDC may help to further enhance efficiency in securities trading and settlement. The committee recommends the Joint Taskforce, launched in April by the Bank of England and the Treasury, consults on the use case for a wholesale CBDC alongside its 2022 retail CBDC consultation.

The committee concludes that the case for a digital pound may change in the future and therefore the Government and Bank of England should act now to shape global standards which suit the UK’s values and interests, with regard to privacy, security and operational standards.