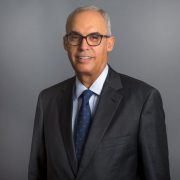 The instantaneous cross-border payment test saw funds transferred between Bahrain and the US via Bank ABC on behalf of Aluminium Bahrain (ALBA).

The test enabled Bank ABC to initiate real-time payments for ALBA to benefit ALBA’s counterparties in the United States.

It was facilitated by JP Morgan’s new blockchain-focused business unit Onyx, which is dedicated to developing next-generation clearing and settlement infrastructures.

The JPM Coin system is a permissioned system that serves as a payment rail and deposit account ledger, enabling participating entities to transfer US dollars held on deposit with JP Morgan.

The CBB says the successful completion of the test with Onyx, the first of its kind in the region, “signifies the Kingdom’s commitment to a significant uplift” within its fintech sector.

Central Bank of Bahrain governor Rasheed Al Maraj says: “Through our work with ALBA, Bank ABC and Onyx by JP Morgan, we aspire to address and eliminate the inefficiencies and pain-points which exist today in the traditional cross-border payments arena.”

Bank ABC deputy group CEO Sael Al Waary says that although the pilot was tested using US dollars, “this technology will allow us to scale-up our existing offering and introduce more currencies in the future”.

Al Waary adds: “We envisage major changes across the world with digital currencies, which will play a critical role in enabling future digital economies.”