After just a year of operations, San Francisco-based Abacum has announced the closure of a $25 million Series A round led by Atomico. 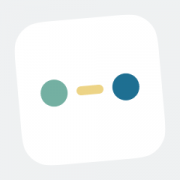 Abacum was founded in 2020 by Julio Martinez and Jorge Lluch

It follows an initial seed funding round of $7 million in April that included Creandum, Y Combinator, PROFounders, K-Fund, and several angel investors.

Abacum claims Typeform, AllTrails, Cabify, Yoco, and Ebury among users of its software, which is intended to modernise approaches to financial reporting, forecasting, and modelling.

Abacum was founded in 2020 by Julio Martinez and Jorge Lluch. The former was previously the co-founder and CEO of InnoCells, a digital innovation hub of Sabadell Bank. The latter was CFO at Wallapop and COO at TravelPerk.

They have sought to address typical pain points in financial reporting and forecasting, including lack of communication, collaboration, and automation.

The Abacum SaaS platform is intended to automate financial data and support and encourage collaboration across all teams to streamline reporting and improve forecasting accuracy.

With the latest funding, the plan is to grow the team internationally. It also aims to build out support for “mid-market companies across the globe”. ‍