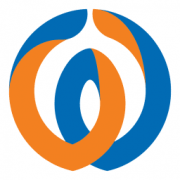 WeLab says the deal forms part of its plan to open its second digital bank in Asia following the launch of WeLab Bank in Hong Kong in 2020.

It says the move will see the firm become “the first pan-Asian fintech platform running multiple digital banks in the region”.

WeLab has raised $240 million from existing and new investors to fund the acquisition, which it claims represents the “largest fintech funding in Indonesia in 2021”.

The company says Indonesia is one of the largest financially underserved markets in Asia and it is aiming to “help bridge these unmet needs and close the financial inclusion gap” with its digital banking services.

The firm has already established presence in the country through its partnership with Astra International to operate Maucash, a licensed online lending app. WeLab claims the app currently boasts more than three million Indonesian users.

Handrie Wirawan, president director of BJJ, says the bank “has been undergoing digital transformation since 2018” and the acquisition is aligned with its vision of “offering digital banking services to more customers”.

The deal will see a WeLab-led consortium, WeLab Sky, acquire the stakes of BJJ to become the sole controlling shareholder (it currently already holds a 24% stake in BJJ).