Paving the way for the open finance revolution

Just a few years ago, the idea of “open banking” sounded like an oxymoron. 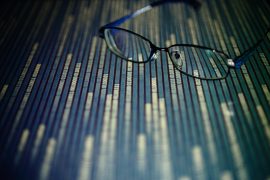 Banking customers were told that digital had given rise to new avenues of attack for cybercriminals, and that financial data was always secret, highly sensitive and not for sharing.

The rise of fintech, bank apps, online trading platforms and digital currencies, however, has made consumers realise that sharing information securely with trusted third parties can lead to new services that benefit us all.

These services can enable us to better manage our finances, make our money work harder, and support a range of new financial services, including for unbanked and under-banked populations.

Yet this revolution, which promises so much, is in danger of stalling.

Now, two years on from the EU’s Payment Services Directive (PSD2) coming into effect, it’s time to ask whether open banking and its benefits are sufficiently understood and examine how the financial services industry can overcome current roadblocks to its adoption.

Like virtually every sector of the economy, financial institutions are facing severe pressures on revenue. But unlike other industries, the traditional banking sector was in trouble long before Covid hit.

The rise of alternative financial providers, including digital-first challenger banks, exposed the limitations of legacy systems that could not provide the data capabilities and agility needed to make a success of open banking.

The speed with which the industry has upgraded and modernised systems shows that it grasps the urgency of adapting. Embedded finance — wherein banks allow their platforms to be used within third-party experiences — enables institutions to tap into new and bigger markets, and to open up new sources of revenue. For example, Gartner predicts that half of Tier 1 banks will launch a Banking-as-a-Service offering by 2025.

But open banking isn’t just about new capabilities. Just as important is its ability to improve existing services and processes, lower costs and deliver enhanced customer experience that boosts retention and revenue.

By having access to customers’ full financial picture, banks can significantly simplify the process of underwriting loans, make operations more efficient across the board and deliver more targeted and more cost-effective marketing.

A few years ago, it was legacy technology that stood in the way of achieving these and other benefits. While the industry has made admirable advances in the adoption of new platforms and technologies, however, there are still significant obstacles that lie in the path of widespread open banking implementation.

Delivering open banking for all

New digital systems only provide the foundation for open banking. To share information securely and reliably between parties, the financial services industry also needs robust data-sharing standards and protocols – as well as buy-in from customers.

Unfortunately, differing regulations across jurisdictions have yielded a patchwork of standards across the world. In Europe, PSD2 laid the groundwork for the open banking revolution, which stands in stark contrast to the United States, where such standards don’t yet exist.

And yet, even in Europe, PSD2 only opens up certain products and transactions. Mortgages – for most people, their biggest and most important financial product – are currently out of the regulations’ scope.

There are also significant technical obstacles remaining. Data is most securely shared in open finance applications via APIs that pass data using encrypted tokens, but we’re still some way from standardising tokenisation protocols to remove vulnerabilities that hackers could exploit.

Also still developing are standards that consumers will use to authorise access to their data, including what is shared and with whom. As these standards evolve, some may be excluded from next-generation financial services since some are willing and able to share their information and others are not.

Indeed, those with perhaps the most to gain from open banking – those who lack a formal credit history or previous banking relationships – may be least able to share data.

The challenge facing banks is primarily one of education. First, they must sell the benefits of data-sharing, show how the gains outweigh the risks and demonstrate how they are safeguarding their customers’ information.

This is particularly important for the unbanked and under-banked. Fintechs have already shown that it’s possible to offer basic banking services to those without established credit or banking relationships; now it’s time for the traditional industry to do the same.

On regulation, there are highly encouraging signs of progress such as the work of the Financial Data Exchange (FDX), the body working on open banking protocols in the US. FDX’s API project encompasses nearly 600 data points that customers will be able to share with third parties.

While these standards are critical to the development of open banking, the banks themselves bear the ultimate responsibility for securing their customers’ data and, indeed, ensuring consumers continue to trust their bank with their data to a far greater extent than big technology companies or fintechs.

With these goals achieved, the data-sharing revolution will gather speed – and it won’t be long before we’re wondering how we ever lived without open banking.