Aplazo, the first omnichannel buy now, pay later (BNPL) platform in Mexico, has raised $27 million in a Series A round led by Oak HC/FT, with participation from existing investors Kaszek and Picus Capital. 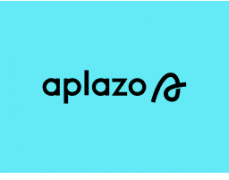 The new funding comes just four months after a $5.25 million seed funding round. The company says it will use funds from its Series A to add resources across product, engineering, sales and merchant success.

The company also plans to expand to other Latin American countries in 2022.

Angel Peña, co-founder and CEO of Aplazo, says the firm is “combatting unequal access to credit by providing consumers with access to an alternative form of credit that helps them to extend their purchasing power in a financially responsible, low-risk way”.

The company says consumers in Mexico previously required a credit card for installment purchases, representing a significant obstacle for the adoption, given that only 11% of the population has access to credit and approximately 40% has no credit history.

Aplazo uses alternative data, such as open banking and telecom data, to gauge consumers’ creditworthiness and level of affordability.

Its pitch to merchants is better conversion rates and higher average order values.