UK challenger Allica Bank has made its first major acquisition with an agreement to acquire around 2,000 SME customers and £600 million of associated lending from AIB Group. 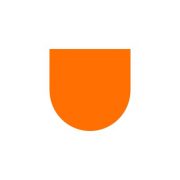 The opportunity arose from AIB’s exit from the SME market in Great Britain.

Allica Bank launched in March 2020 with an ambition to become the leading UK SME challenger bank. It says the deal is expected to bring forward its target profitability date to the middle of 2022 and will give the bank a total combined lending book of over £1 billion.

Its proposition is built around tailored lending expertise supported by local relationship banking. It will extend its proposition early next year with a Business Rewards Account.

Richard Davies, Allica Bank CEO, says: “We’re working closely with AIB to ensure a smooth and seamless transition for AIB customers who we look forward to providing with a secure and sustainable home.”

Allica Bank received full banking authorisation in September 2019 and opened its doors to SME lending in March 2020. It reaches SMEs via direct relationships and a broker channel.

It says 85% of its existing lending is to businesses outside London. It is backed by Warwick Capital Partners.