Corporate card and spend management platform Float has raised $30 million (CAD 37 million) in a Series A funding round. 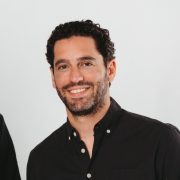 Founded by Griffin Keglevich and Ruslan Nikolaev in 2019, the company now has thousands of employees using cards on its platform.

This latest financing round brings Float’s total funding to date to around $34 million (CAD 42 million).

Float provides Visa-issued cards that integrate directly with a company’s bank account, allowing employees access to both virtual and physical corporate cards as well as a spend management platform.

The company says its platform solves a pain point for Canadian SMEs, doing away with the need for personal guarantees from company leaders.

CEO Rob Khazzam told BetaKit that since March, Float has grown at a faster pace than it “could have ever imagined”.