Digital banking app Monese has announced a number of high-profile new hires as the firm looks to bring “considerable banking, technology and finance expertise” to its leadership team and grow its new BaaS platform. 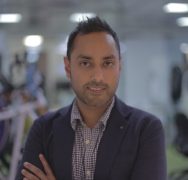 Atul Choudrie will oversee the growth of Monese’s BaaS business

Tryner was formerly CFO at Revolut and has held roles at Deutsche Asset Management, AXA Investment Management, ABN-AMRO and Alpha Bank across his 30-year career.

Chang joins Monese from JP Morgan, where he spent 10 years in payments and transactional banking. He has also held senior roles across the US and Europe at payment giants Visa and Mastercard as well as Amazon and IBM. Chang will oversee the growing operations teams within the firm as Monese looks to expand.

Choudrie has been with Monese since 2019 and was appointed CCO in 2020, a role he will keep along with his new position. He helped to build out Monese’s cloud-based transactional BaaS platform, which launched last month with Investec.

Choudrie says that Monese’s platform can help firms take their digital banking offering “to a totally new level” and get them to market at speed.