New US fintech Superjoi wants to help content creators and influencers raise funding and share profits with their fans. 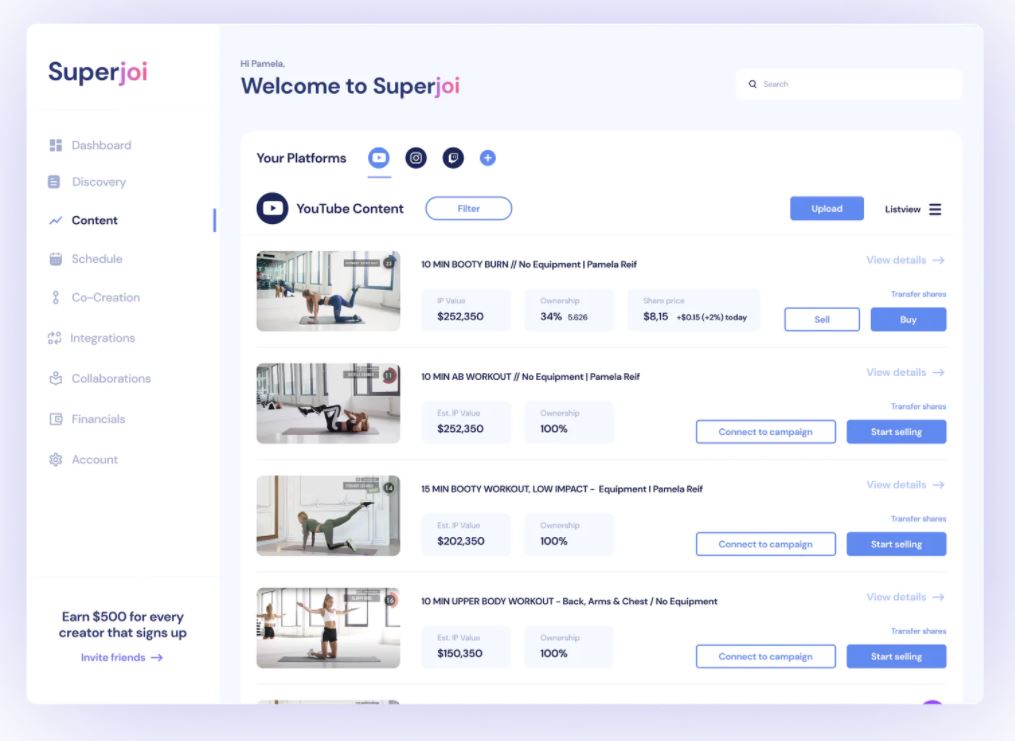 The firm says creators can invite their fans into a shared platform, through which the latter can invest in their content and then split the resulting revenue.

Users can invite their fans to fund content production in a similar way to premier membership platform Patreon.

The fintech is still operating a waiting list, without a promised launch date.

Knight’s only other employment history listed on LinkedIn is “various” roles at MRCJK, a solo project management venture, which he started in September 2012.

On his personal website, Knight cites Nike, Google, Samply, and Snapchat among his previous employers.

Wolański’s only employment listed on LinkedIn is his time at Superjoi, which he joined in August.

Creutzburg founded Berlin-based tuition and mentorship firm Genius on Demand in May 2020, and continues as its head of design.