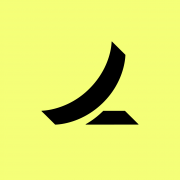 The funding follows a $115m Series B round from April

The round also included participation from payments giant Stripe as well as Redpoint, Thrive Capital, D1 Capital Partners, and Coatue, among others.

The start-up, which has now raised a total of more than $620 million in a mix of equity and debt financing, says the new funding takes its valuation up to $3.9 billion, more than doubling its previous valuation of $1.6 billion following its $115 million Series B round in April this year.

Founded in 2019, Ramp offers corporate cards linked to a finance automation platform for businesses to track and manage company spend.

The firm claims more than 2,000 US businesses are now using its platform, which includes built-in expense and accounting automation software.

“This funding will allow us to automate away even more of those tasks so that finance teams can focus on being more strategic.”

Along with the new funding, Ramp has also announced the acquisition of “negotiation-as-a-service” platform Buyer, which aims to save businesses money on big ticket purchases.

The company says the acquisition will allow it to expand its product offering and provide “a customised and proactive approach to savings on large purchases”.