Mastercard has confirmed it will phase out magnetic stripe technology on its credit and debit cards. It has announced it will support stripe-less cards from 2024, with all cards going this way by 2033. 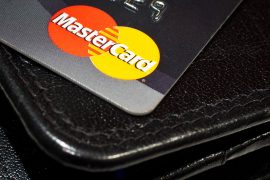 Magnetic stripes have been in use since the 1960s

The firm says chip-and-pin and biometric cards that use fingerprints and other technology offer greater security. It claims to be the first payment network to set out the phased withdrawal of the technology.

The stripe will no longer be required on new cards in select regions including Europe from 2024, where chip and contactless cards are already widely accepted. In the US, the transition will start in 2027, as chip adoption has been slower there.

Magnetic stripes have been around since the 1960s and became the primary method of processing debit and credit cards, but they are now being usurped by better, safer alternative methods.

Ajay Bhalla, president of Mastercard’s Cyber & Intelligence business, says: “It’s time to fully embrace these best-in-class capabilities, which ensure consumers can pay simply, swiftly and with peace of mind. What’s best for consumers is what’s best for everyone in the ecosystem.”

Consumers are increasingly willing to experiment with new payment options. Nearly two-thirds of respondents in Mastercard’s recent New Payments Index global survey said they had tried a new payment method they would not have tried under normal circumstances.

There is support for the phasing out from the merchant community. John Drechny, CEO of the Merchant Advisory Group, which represents more than 165 US merchants, comments: “The merchant community looks forward to a day when requirements to support the magnetic stripe and the burden to protect data merchants really don’t need are eliminated.

“We applaud Mastercard for taking this next step to help to strengthen payment security and protect merchants and consumers from risk. We’d like to see others in the industry move in this direction.”