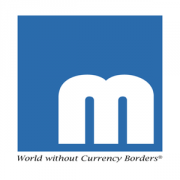 The investment sees Affinity join M-DAQ’s board and take a joint controlling stake in the company alongside the fintech’s management and staff.

Founded in 2010, M-DAQ is a software-as-a-service (SaaS) company that aims to provide technology-enabled financial services to enterprise customers and fintechs.

The company has previously received backing from investors such as Ant Group, EDBI, and Samsung.

The round marks Affinity’s first technology investment in Southeast Asia. The firm currently advises and manages approximately $14 billion of funds and assets.

M-DAQ says the new investment will support its global expansion plans as it looks to become “the leading FX specialist for businesses globally”.

It adds the funding will be used for further product development and to expand its enterprise customer base.