HSBC has acquired the Singapore assets of French insurer Axa in a deal worth $575 million. 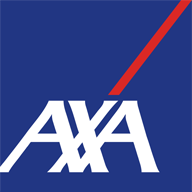 The UK-headquartered bank is using the deal to boost its wealth management business in Asia, as the region remains key to its future plans.

It is the largest HSBC acquisition since the $762 million merger of the bank’s Oman branch with the Oman International Bank in 2012.

The combined unit will comprise HSBC Life Singapore and Axa Singapore, and could become the seventh-largest life insurer and fourth-largest retail insurer in the country.

Axa’s Singapore operations reported net assets of $474 million at the end of 2020.

Earlier this year, HSBC said it would be focusing investment into both its wealth and personal banking businesses in Asia, to the tune of $3.5 billion.

“This transaction gives the scale and the capability to continue to invest and grow from here,” Bryce Johns, global CEO of HSBC Life and Insurance, tells Reuters.

HSBC has exited retail banking businesses in France and the US in recent times, and its reshuffle towards an ever-profitable Asia market could involve more deals yet.

CEO Noel Quinn mentioned in July his bank could look at a few more “bolt on” acquisitions to improve its prospects.

The deal with Axa is still subject to regulatory approval. Should it go ahead, it will close by the end of the year.

In the first quarter of 2021, Asia accounted for two-thirds of HSBC’s adjusted profit before tax across its wealth and personal banking business, or $1.2 billion, according to Hingston data.

Revenue brought in by this Asian operation also rose 57% in the same quarter, with wealth balances in the region increasing by 18%.